I once had a professor who said, “You live one life, but you have many lives within it.”  The same can be said for a book of short stories.  They are all unique, but each story is connected, and wouldn’t be complete without the others.

Aryn Kyle’s collection “Boys And Girls Like You And Me” is honest and full of humor over the sad circumstances of life.  Her characters all want to really live, but life is never what they expected it would be.

“That was the real bitch about time: Everything true would become false, if only you waited long enough (Kyle, 123).”

I am hard at work, putting the finishing touches on my memoir.  In the last week, three people who are a part of those stories have died.  Two of them were shot and killed in the Seattle shootings.  Drew Keriakedes and Joe ‘Vito’ Albanese.  I first saw them when the show, Circus Contraption, started about eleven years ago.  As the bandleader, Drew wrote all the whimsical music.  The show went on to New York City (where I was so homesick I went to see them three times in a row) and performed internationally as well.  When Contraption came to an end, the two were in a band called God’s Favorite Beefcake, and performed once at a friend’s wedding.  The day of the wedding I wanted to tell them how much they meant to me.  But I didn’t.  I got shy, even though I had spoken to them before in New York.  Their music was genius in that vaudevillian sense.  There was no one else like them.

The last thing I ever thought would happen was this.  The last thing that should ever happen to beautiful artists who spread joy and laughter and music throughout the world is violence.  And all because some mentally unstable guy got out of the house with a gun and decided to go on a shooting spree before he shot himself.

All moments and all people pass away, but art gives us the remnants of what once was.  I realize more than ever, the importance of capturing these moments in my history, and all the beautiful people I have known.  My generation has such a limited experience of death.  Death is a reminder that my introversion is a waste of love I could have given.

Life is short, life is intense, life is funny and sad and unpredictable.  We’ll only make it through if we hold each other up.  It just takes being vulnerable again, to learn how to try.

In memory of Arthur, who also passed away last week, I would like to share this poem I wrote about him ten years ago.  He was a beautiful man. 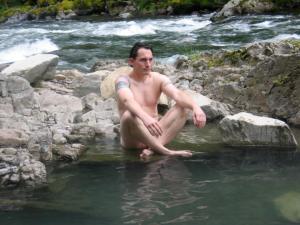