Why I Stopped Believing in God 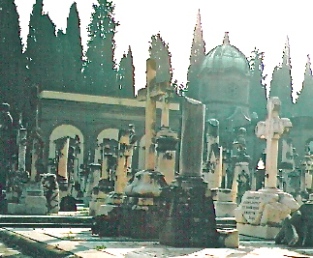 After my sister was born, my mom was told she couldn’t have any more kids.  Six years later, I was her miracle.  She always told me I wouldn’t be here if God hadn’t intervened.  So I guess it’s kind of ironic that I no longer believe in God.

The writer Christopher Hitchens passed away last week.  In Vanity Fair he openly shared his struggle with cancer over the last year in his column.  His death brought him to life in my mind, and I knew it was time to read his book, God Is Not Great – How Religion Poisons Everything.  I had suspected this all of my life, but never had the words to fully formulate what I felt.

Over Christmas I felt agitated by the fact that my parents are not able to accept that I am not a Christian.  They gave us a book entitled Dinner With a Perfect Stranger about a modern day businessman who has dinner with Jesus.  On the back flap is a direct quote from the character of Jesus, “… You’re worried about God stealing your fun, but you’ve got it backwards…  there’s no adventure like being joined to the Creator of the Universe.”

I think my parents feel that this is why I left the church – because it wasn’t fun enough.  My mom kept telling stories about people being transformed when they were ‘saved.’  I just had to say it, “Actually, for me it was the opposite.  I was depressed when I was a Christian.  I am finally healthy after breaking down all those old mental patterns.”  Immediately my dad leapt over from the coffeemaker and held my shoulders in his hands, “Never stop searching Lauren.”

“I never do.”  Of course my search does not lead back to where my dad would like it too.  I am a creative thinker, and religion does not like either of those things.  I was in Christian schools from 3rd grade through college.  I was taught to be afraid of everything that had to do with “the world.”  But this only made me want to understand exactly why I should be afraid.  I began to have a lot of questions.  But if you question faith, you are a weak believer.  Questions equal failure.

Towards the middle of college I decided to put it all in and really discipline my life to God.  But the more time I spent praying and meditating the more delusional I became.  I started to have visions of absolute destruction that I would somehow manage to escape.  Then there was the night in my dorm room, being taunted by spirits.  I looked in the mirror and had the distinct sense that I was no longer in my body.

It felt like I was in a life or death struggle.  A poltergeist.  If Jesus wasn’t inside of me, the spirits would take me over and I would be obliterated.  I really believed this.  All the fear I’d been brainwashed with, and all the guilt, and my complete split personality was driving me mentally insane.  I’d been severely depressed since the age of nine and had been suicidal for ten years.  But it was really just the need to kill the side of myself that wasn’t me at all.  It was the side that everyone around me wanted me to be.  I felt so much pressure.  I can remember my disbelief going back to the age of five – but all that time fear had ruled the roost.

After college I began the long, arduous process of retraining my brain how to think outside of the false concepts of religion.  I went to extremes, breaking the old self through pleasure.  Eventually, I grew numb to all of my devices for forgetting.  It took me ten years to finally be ready to face what I really felt.  And then I began to feel a great deal of anger.

I don’t blame my parents.  I love them and I support them in the way that they feel.  My mom was very extreme when I was young, but I blame all the people that she was susceptible too.

More and more I began to see that pastors and leaders in all faiths are simply people hungry for power.  They like to preach that if you love God, you will get rich.  But if bad things do happen, never question God, and never question the pastor because his words come from God.  Of course, power and libido are made for each other.  I witnessed the downfalls of many pastors, usually due to a secret sexual life that leaked.

Then there is the issue that religion and the concept of God are completely man-made.  “God did not create man in his own image.  Evidently it was the other way about, which is the painless explanation for the profusion of gods and religions, and the fratricide both between and among faiths, that we see all about us and that has so retarded the development of civilization (Hitchens, 8).”  If you take the Bible literally (which many Christians are taught to do), God comes off as a complete mental case and a reflection of the lunacy of man.  And religion is responsible for more lunacy than anything else in the history of humanity.

“Violent, irrational, intolerant, allied to racism and tribalism and bigotry, invested in ignorance and hostile to free inquiry, contemptuous of women and coercive toward children: organized religion ought to have a great deal on its conscience (Hitchens, 56).”

It seems lazy to never question religion, or explore all the evidence against it.  But it has more to do with fear.  When you are infiltrated with a belief system from birth, and told that everything else is wrong, and everyone you know is within the faith; if you leave, you have nothing at first.  You have to build a new life.  You have to change the way you’ve been trained to think and die to the old self to be reborn an individual.

People will always try to explain the universe.  And the more unbelievable it is, the more people are apt to believe.  “It is not snobbish to notice the way in which people show their gullibility and their herd instinct, and their wish, or perhaps their need, to be credulous and to be fooled.  This is an ancient problem.  Credulity may be a form of innocence, and even innocuous in itself, but it provides a standing invitation for the wicked and the clever to exploit their brothers and sisters, and is thus one of humanity’s great vulnerabilities (Hitchens, 161).”

For a while I explored other belief systems – Buddhism and concepts of Hinduism, Shamanism and Wicca.  Anything mysterious seemed like it might be the thing.  But it all turns out to be the same.  An insecure chosen one who claims to know all the secrets, while the further in you go the more sinister it becomes.

Religion is only made real by the minds that believe it is real.  And religion will exist as long as there is fear – fear of ourselves, fear of death, fear of each other.  Religion thrives on fear.  And powerful people take advantage of this.  They have always done their best to silence anyone who questions.  “All religions take care to silence or to execute those who question them (and I choose to regard this recurrent tendency as a weakness rather than their strength) (Hitchens).”

The claim of all religions is that you will be freed from pain and suffering if you believe.  But I have not found this to be true.  In fact, my experience with Christians was always just the opposite.  Repression equals depression.  And as Christians look down on other people, it makes them feel just a little bit better.  On one hand they function as a servant to God, on the other the ego is served through a God that cares about their minute details.  At my college it was a common occurrence for a boy to approach a girl he’d never spoken to before and say, “God told me that I am to marry you.”  How wonderfully self-serving!

I believe in a universal connective energy between us.  I feel that other dimensions do exist.  But none of it has anything to do with simplistic notions of good and evil.  I am not a child who needs rules and boundaries and bedtime stories.  I am an adult who is open to the full experience of birth, life, death, and what lies beyond.

Life after religion is a gift of happiness.  I speak my mind, and question, and gather information and always remain in awe of the fact that the universe is full of inspiration in its own right – overlapping layers of time and existence, a beautiful and heroic place made even more amazing without the existence of a man-made God and dictator.  I am at peace with the unknown.

You are currently browsing entries tagged with belief/religion at Lauren J. Barnhart.